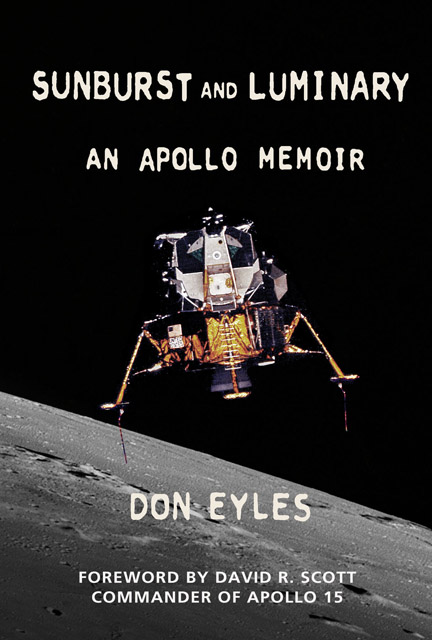 A New Kind of Book about the
Space Program

It opens the curtain on a complex story never before told from the inside — the development of the onboard software for the Apollo spacecraft.

The author had just graduated from college,
but since flight software was a new, wide-open field,
he had access to higher levels of the space program than you would expect for a junior engineer. One of the moonwalking astronauts with whom he worked provides a foreword for the memoir.

By bringing in his life and loves, as he took part in the excitements of the 1960s and early '70s, Eyles creates a connection between the space program and the cultural liberation of that era — in fact, his experience argues that space exploration, and the exploration going on at the same time among young people, were more closely related than we ever imagined.

And, unlike so many memoirs by space program insiders, every word is written by Eyles himself, in his own distinctive, often irreverent voice.